Bent four in the corner and seki

Look at the position below. With some fantasy this could be a real game: Black has played the same amount of stones as White, and there are no prisoners. Because this is a problem, there is no komi, komi = 0 here. 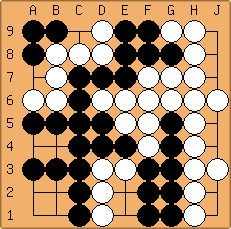 Black to play and win

When you play according to the Japanese rules, the game is over, no more move to make: I wonder if Black would get penalized, would he play a move. But there is no reason to worry for Black, the bent four in the corner is dead. So Black has 22 points, White has 7 points, Black wins by 15 points.

But when you play according to the Chinese rules, you have to play these kind of positions out: a bent four in the corner is not dead acoording to rules. Suppose Black decides to pass, and White does likewise, then the position at the top is seki: how unfortunate for Black, he then has 38 points (empty space and stones on the board), White has 39 points, White wins by 1 point! 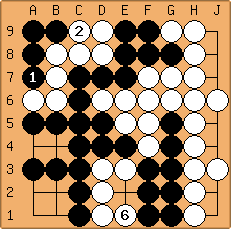 So, Black decides to play at the bent for in the corner to make it ko. Normally, at the end of a game there are no ko threats left, certainly when you play according to Chinese rules, where filling up empty space doesn't cost you, so you can remove all the ko threats before starting the ko. Black would win the ko fight as White has to make the first ko threat, and most of the time there aren't any. But there are ko threats that cannot be removed, like a seki, as at the bottom in the diagram. Here, White makes the ko threat. 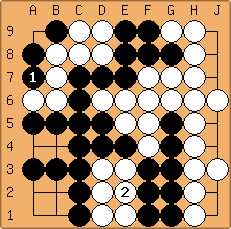 If Black ignores the ko threat, taking the bent four in the corner stones, White takes the Black stones that once were part of the seki. Black has 39 points, White has 42 points, White wins by 3 points. 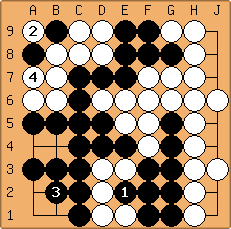 If Black answers the ko threat, White takes the ko. Now Black has no ko threats, he may pass or fill one space, after White lives at the top left. Black has 41 points, White has 40 points, Black wins by 1 point.

It is nice to think that Black may choose to leave the top left corner as seki, but I wasn't able to construct a position where this is the best option for Black. After the ko is on the board and White makes his ko threat, it is Black's choice on how to handle it, and apparently one of his two options is always better than leaving the top left corner seki.

Interesting article. I agree with almost all points in your article. I'd like to add a few more comments.

- "bent four in the corner" in Japanese rule is by definition dead. This is indeed a source of controversy.
- Based on my vast experience compiling tens of thousands of professional games, "bent four in the corner" is quite rare in real pro games. Combining that shape with a seki sort of shape is even rarer. The only pro game I can remember having this feature is this one: http://www.go4go.net/go/games/sgfview/37110/185 (it has a bent four together with a 10000-year ko which normally ends in seki, but that game is more than normal).
- As seen, such combination very rarely causes difficulty in real games. That's probably one reason the Japanese never want to admit that their rule is a bit faulty in that area.
- When you count in the Chinese way, you still use the terminology 'points'. I would avoid using that because you are actually counting the number of stone plus the territories.